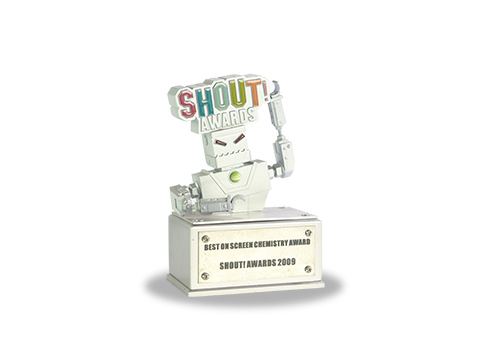 On 2009, Les’ Copaque was awarded the ‘Best On Screen Chemistry Award’ during the Shout! Award which was presented by 8TV. Upin and Ipin from ‘Upin & Ipin’ were chosen as candidates and emerged victorious in that category. The Shout! Awards is an entertainment award show created to celebrate the Malaysian entertainment scene. The award recognizes people of music, television, film and radio industry as well as the entertainment industry as a whole.